​Rain did not deter over 50 supporters who came out on Saturday, October 14th to celebrate the tenth anniversary of the Oswegatchie Hills Nature Preserve.  The event, attended by many local dignitaries as well as friends and supporters, recognized the hard work and dedication of many individuals and organizations that resulted in the creation of the 457-acre preserve
Greg Decker, president of the Friends of the Oswegatchie Hills Nature Preserve, unveiled a plaque recognizing Marvin Schutt and Michael Dunn, the visionaries and co-founders of the organization, for their dream and perseverance. In addition, he thanked the many individuals, political leaders and organizations who supported this vision and without whose support the Preserve would never have happened.
Decker reminded those present of what Aldo Leopold, considered by many to be the father of wildlife ecology, once said, “We abuse land because we regard it as a commodity belonging to us. When we see land as a community to which we belong, we may begin to use it with love and respect”. Decker went on to say “In the current political climate, we need, now more than ever, to embrace, protect and share with others what we know is a regional gem.  The Oswegatchie Hills Nature Preserve is a rich ecological wonder and a natural classroom; it can teach us that by keeping the land natural and intact it will in return, provide a place where a rich diversity of flora and fauna will thrive forever. It’s nature gift to us and we say thank you.” 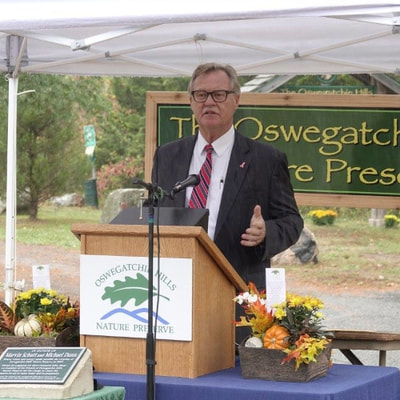 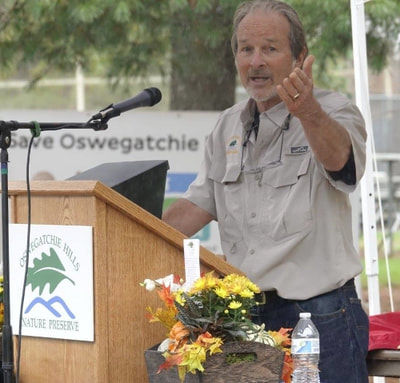 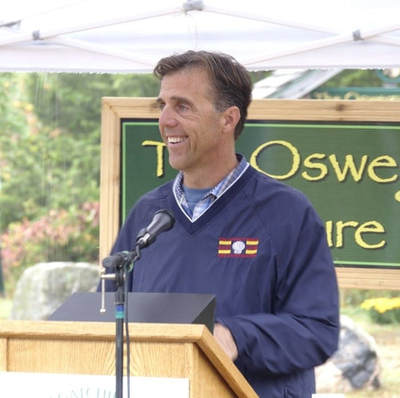 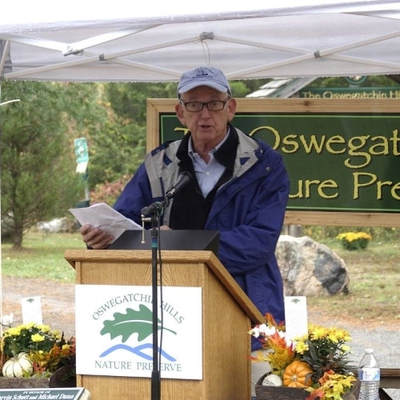 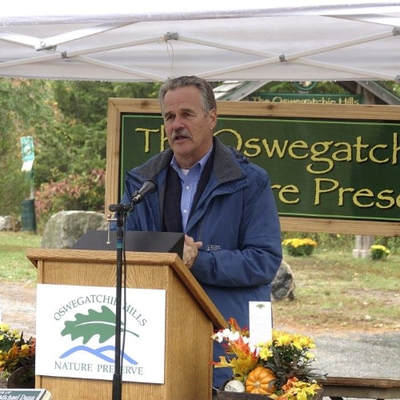 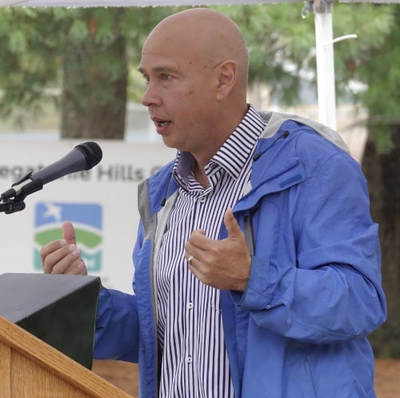 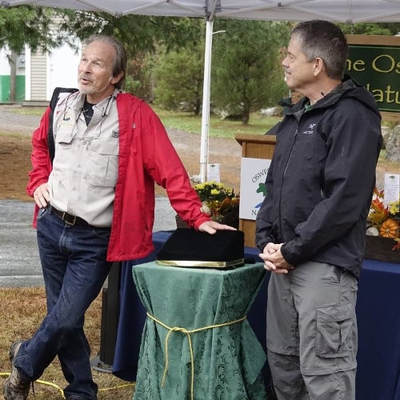 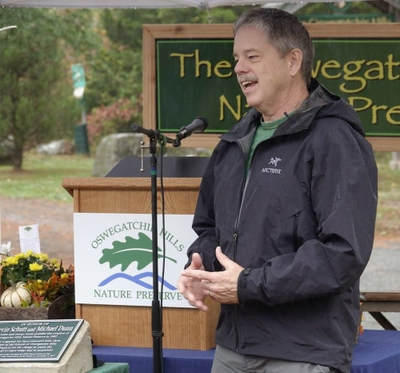 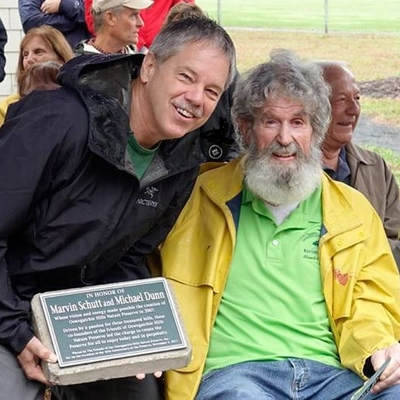 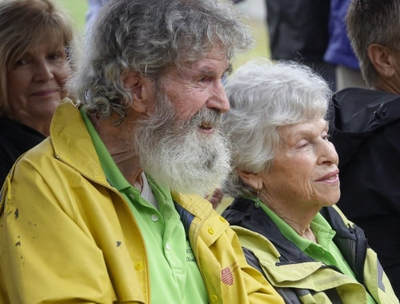 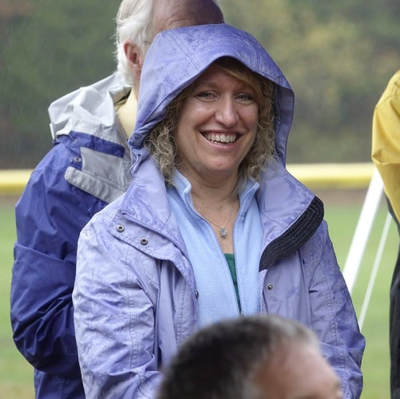 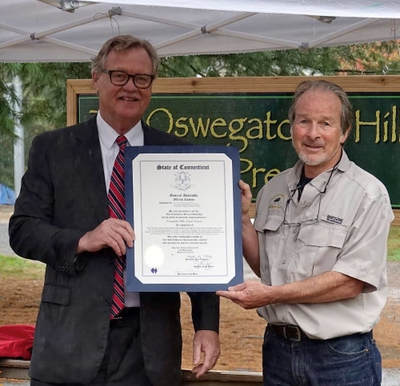 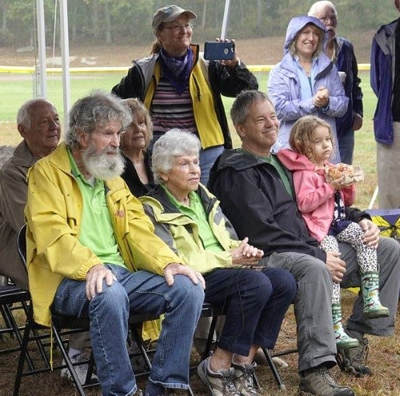 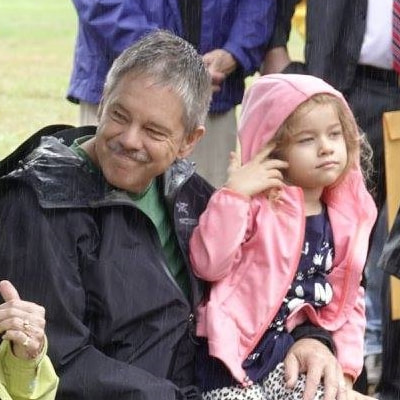 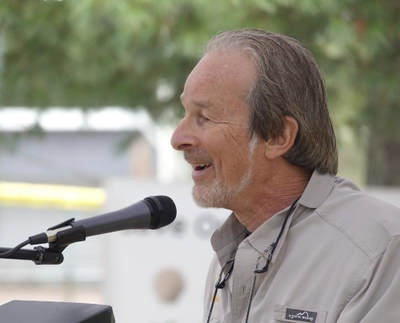 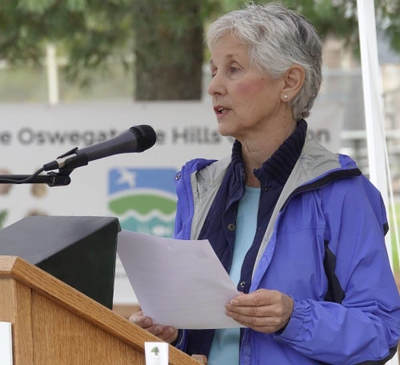 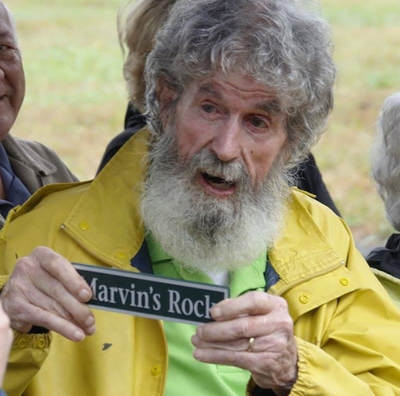 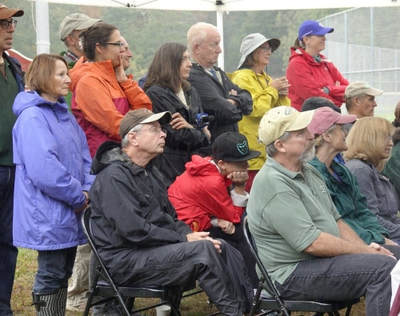 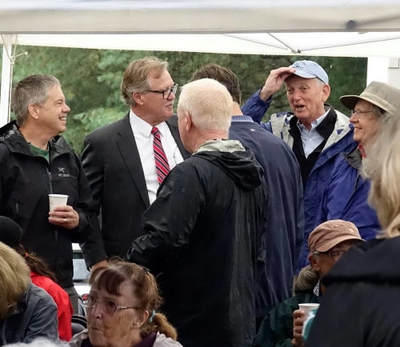 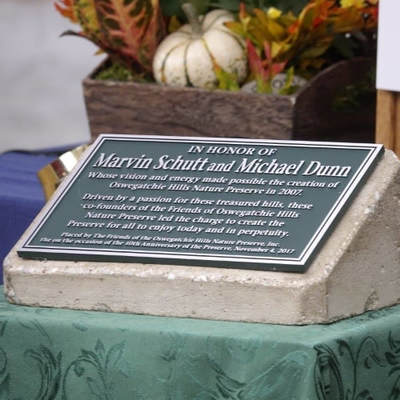